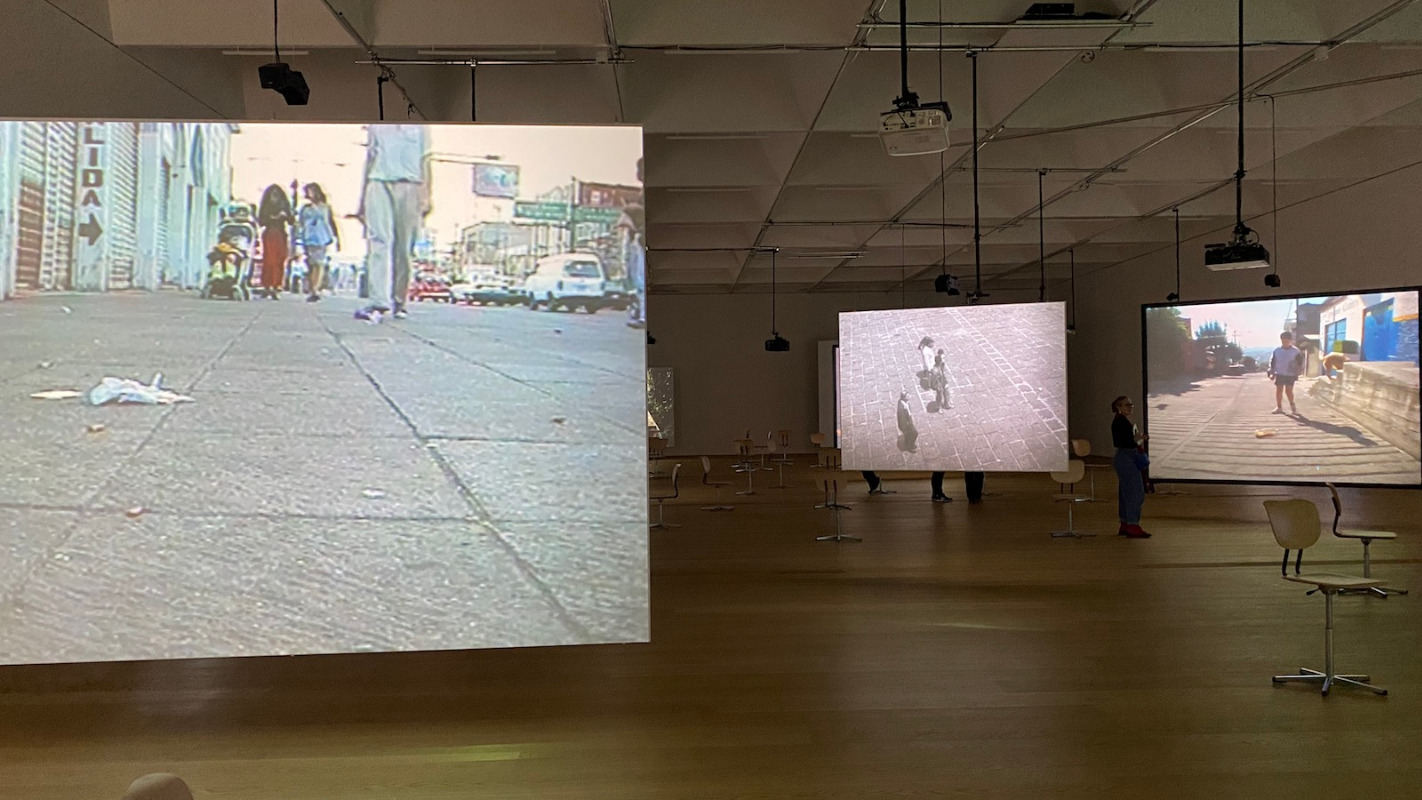 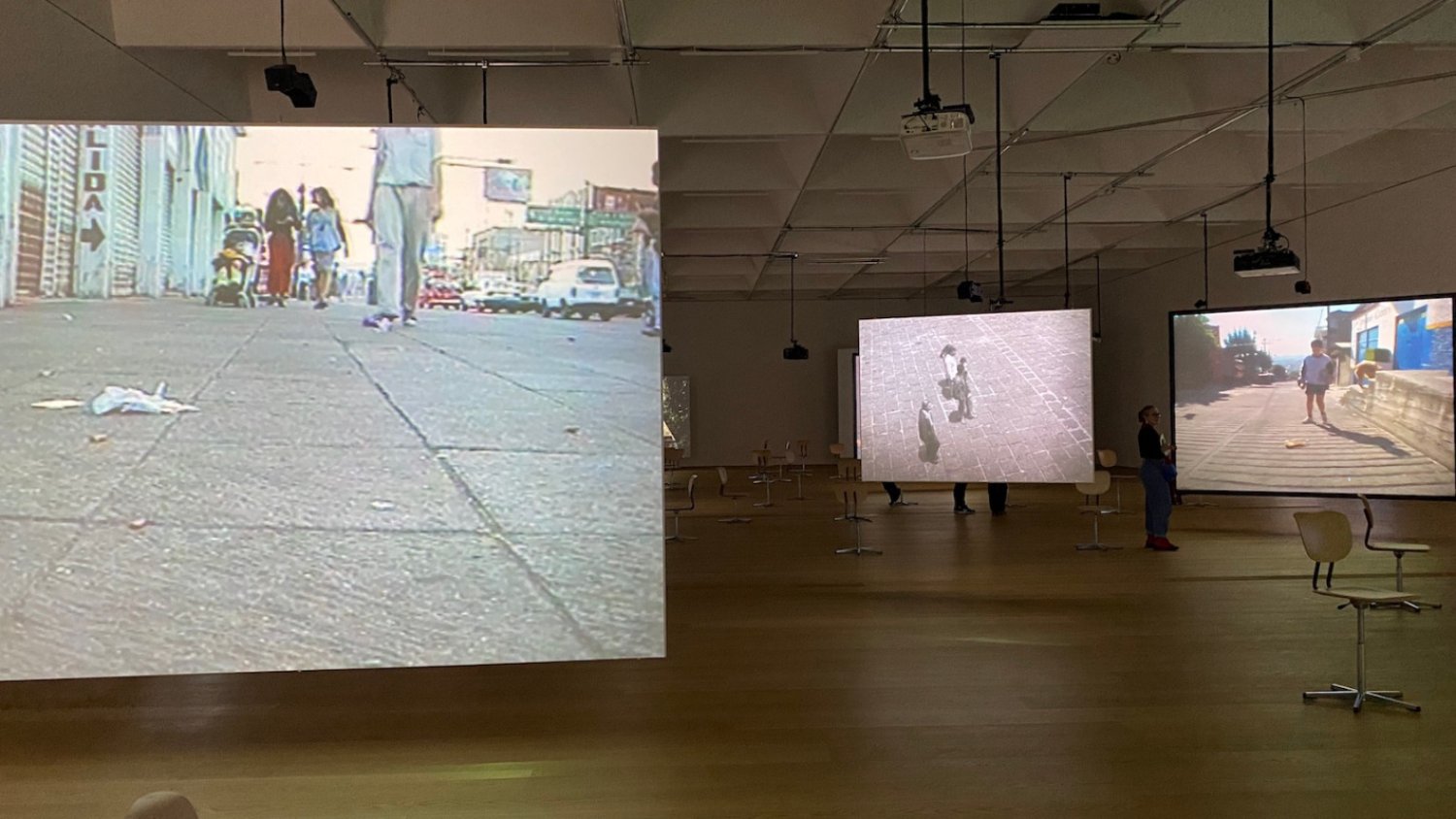 […] Now, the challenge of taking the work «As Long as I’m Walking» seriously, to my eyes, is to consider the spectacular feature of Alÿs’ walks not as an end but as a mean of his works: a way to underline the walking in its existential nakedness.

[…] The film is not only the instrument that makes the walking visible, it is the walking actor itself. «As long as the film walks» – we could say for this film. 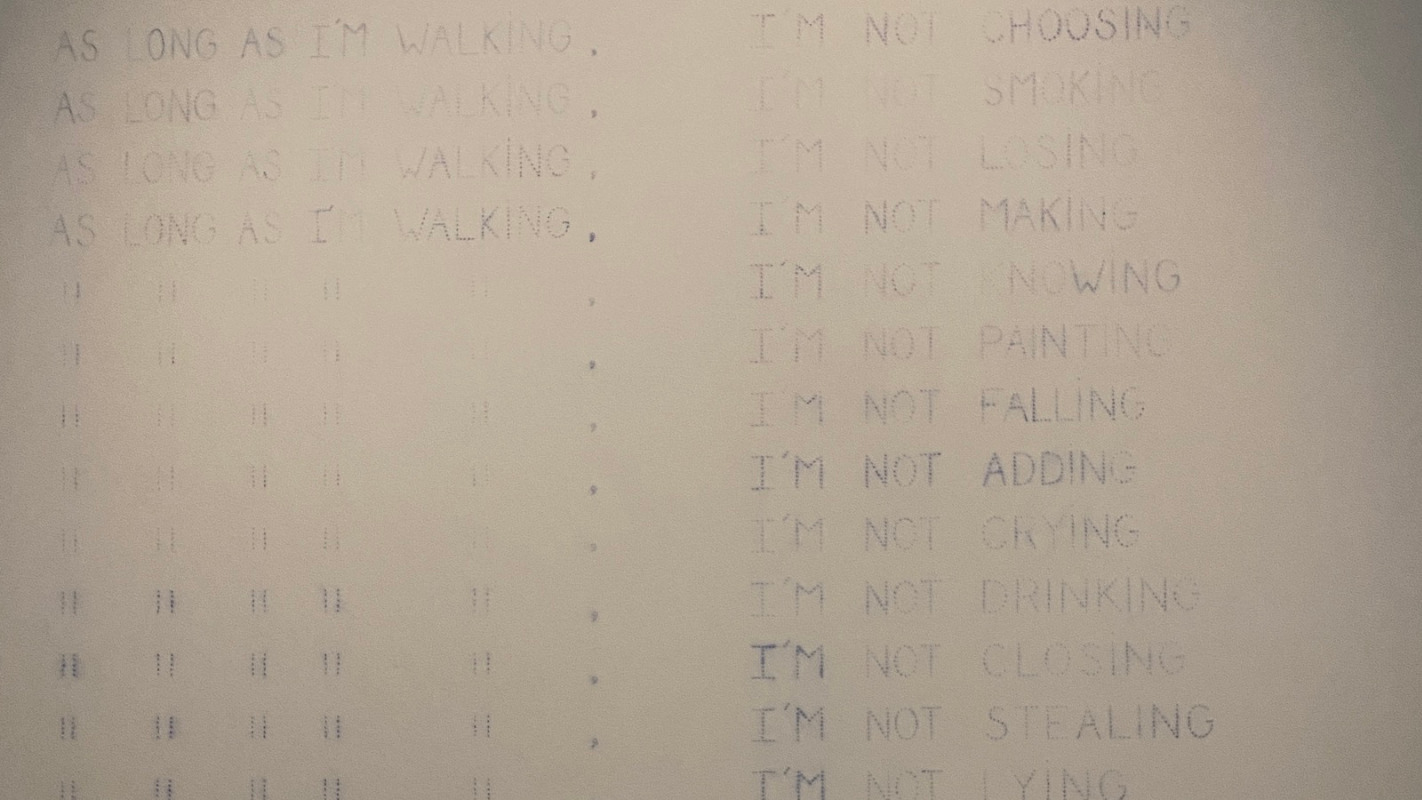 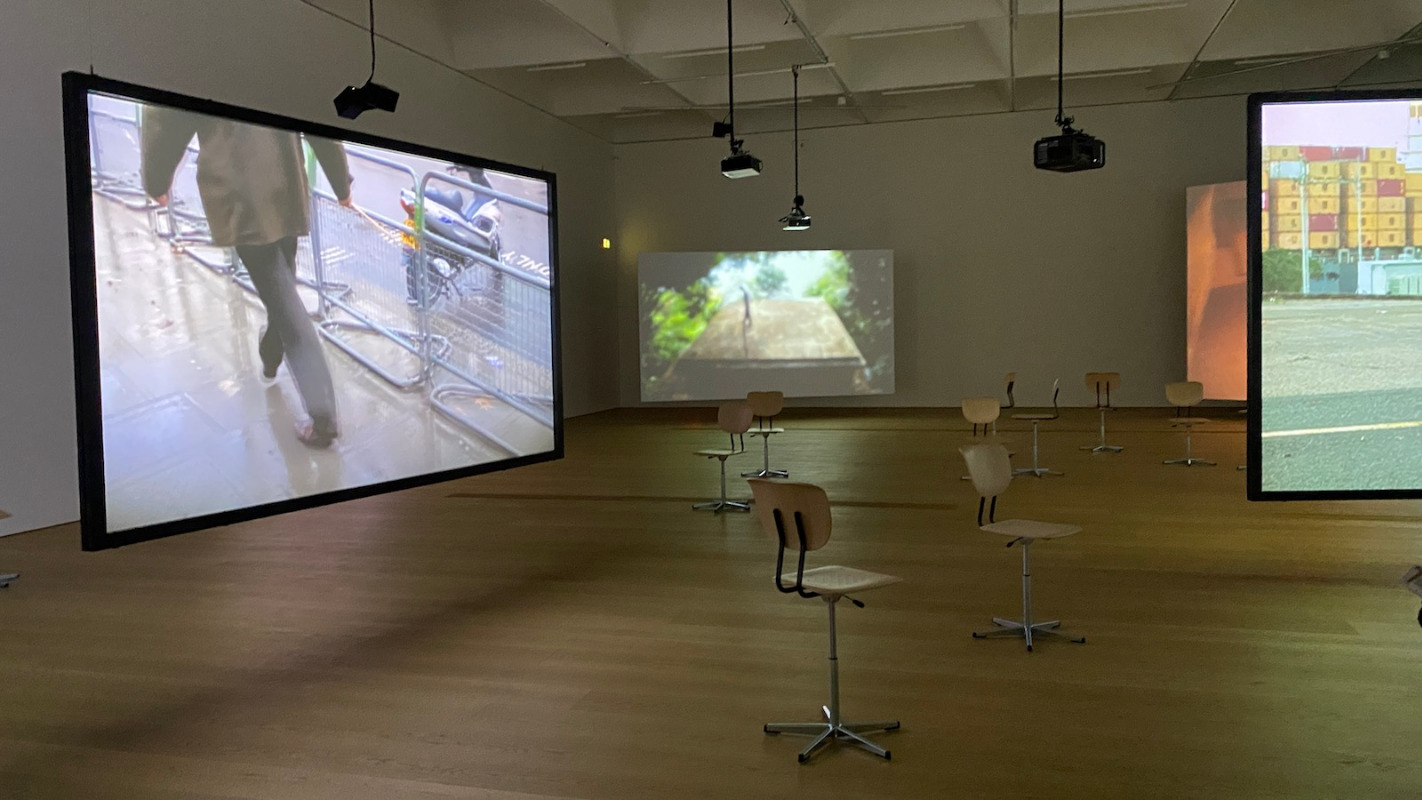 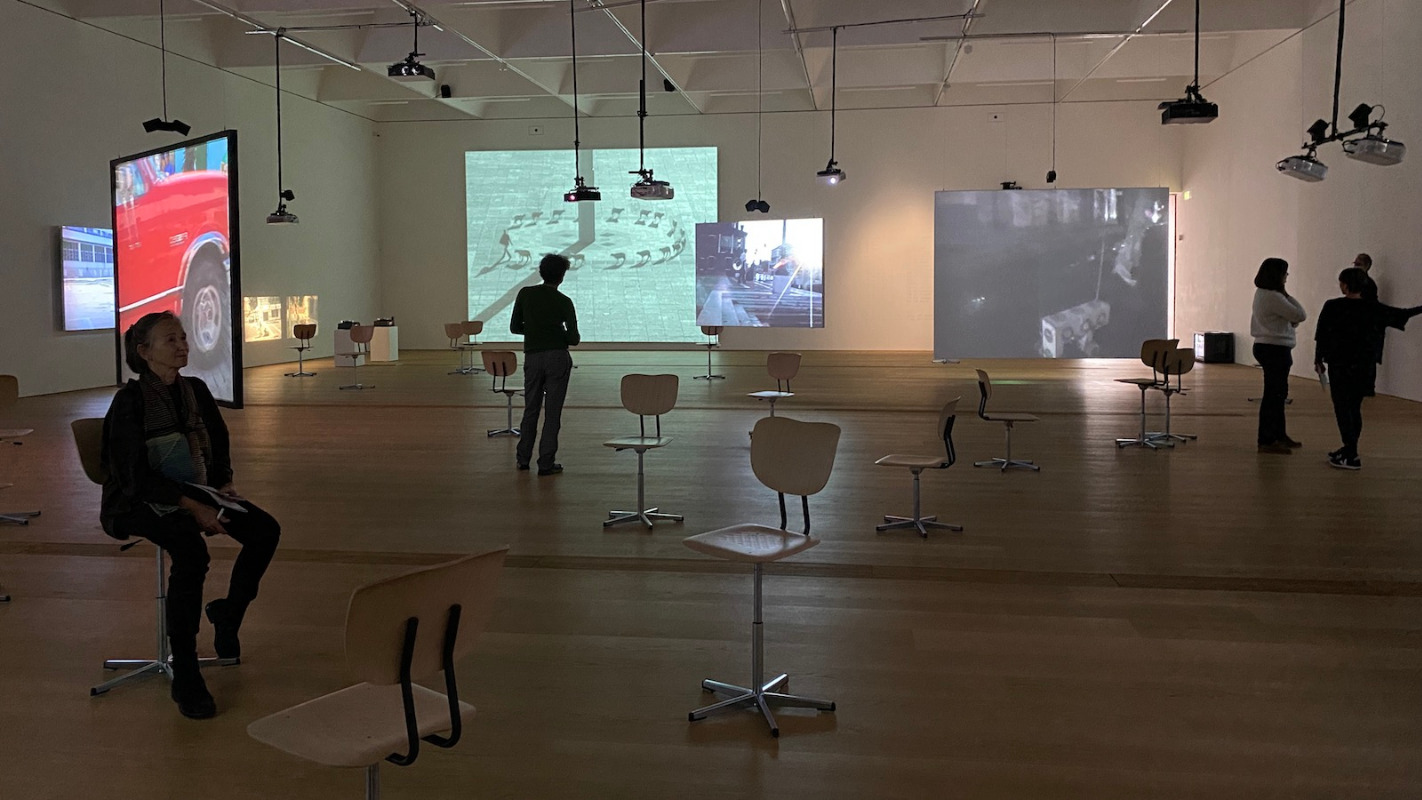 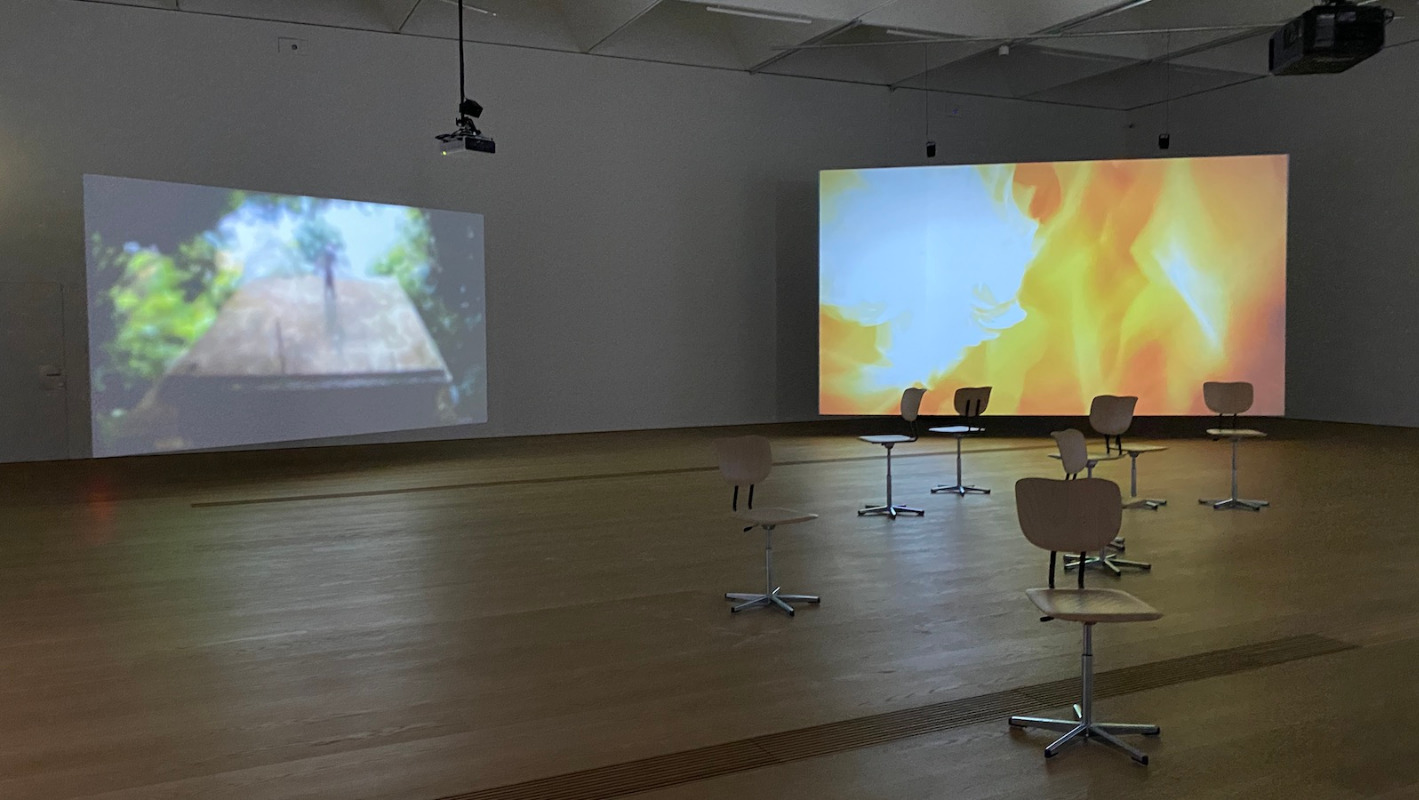 What do we learn from the exhibition «As Long as I’m Walking» at the MCBA of Lausanne? Even if Francis Alÿs is a particularly well-known artist, the Lausanne exhibition allows us to see Alÿs’ art from at least three different perspectives.

Thierry Davila, who came to Lausanne to talk with Francis Alÿs about his art, has been one of the advocates of a renewed interest – at the beginning of this century – in the art of walking, together with people like David Le Breton or Rebecca Solnit. This theme of Romantism – but also of Surrealism and Situationism – has experienced a recent renaissance, between popular philosophy, wellness, and art (a mixture that would be worth studying as such…), a renaissance that seems to have been anticipated by Alÿs’ making of his own walking a sort of trademark of his art. The MCBA of Lausanne celebrates the originality of the Belgian-Mexican artist: a possible perspective on the exhibition As Long as I’m Walking would therefore focus on the phenomenon of artistic branding as triggers of cultural trends – a similar perspective works for the recent exhibition of Tacita Dean at the Kunstmuseum Basel, where we discover the artist’s major contribution to a revival of interest in the materiality of film.

The work «As Long as I’m Walking» will provide us with a further perspective on the exhibition and on Alÿs’ works. It is constituted by a long sentence, where Alÿs formulates several main clauses to complete the subordinate clause (the title). I see them as possible keys by which to enter his art. «I’m not choosing… I’m not knowing… I’m not lying…»: is the walker candid? «I’m not making… I’m not changing… I’m not stealing …»: is the walker innocent? «I’m not driving… I’m not painting… I’m not talking…»: is the walker only a walker? The spiral of subtractions, until the apparently paradoxical «I’m not doing», seems to seek the performative core of performance in its blind nakedness. Walking is nothing but the ground zero of our existence, from which every thing and every doing will appear as something added, something more: it will simply appear, become visible. As minimal status – and not intentional action – walking grounds the visibility as such. His art would thus be a sort of ascetic retreat, from which the world will appear in every detail, in the perspective of a particular walking.

A block of ice, a fireball, a revolver, a painted line, a herd of sheep: Alÿs’ walks are actually far from being minimal and naked. They are meaningful, politically loaded, they visually intervene and change the environment. This leads to the usual perspective on Alÿs’ art, through which he is considered as doing something in order to convey a meaning. Not the act of walking itself, but the fact that he walks in such and such a way will show the concept of his work. Now, the challenge of taking the work «As Long as I’m Walking» seriously, to my eyes, is to consider the spectacular feature of Alÿs’ walks not as an end but as a mean of his works: a way to underline the walking in its existential nakedness. It is just one more perspective on his art, which should not undermine the largely recognised political meaningfulness of his works. This existential perspective, like the sociocultural one I sketched above, appears to be alternative perspectives that are specific to the Lausanne exhibition.

The previous perspectives are certainly triggered by the curatorial choice of the impressive installation at the second floor of the MCBA, where 17 videos are simultaneously screened or projected, and anticipated by the key work «As Long as I’m Walking». In this way, the viewer is naturally focused on the form and the leading threads in Alÿs’ art. One particular aspect of his video making clearly emerges: the montage. As much as Alÿs’ walks are “mainly” performances, their video recordings are definitely more than mere documents. The medium of video is far from being a transparent tool at the service of the performance. On the contrary, in certain respects (for example in its Re-enactments, 2000, where the difference created by cinematic form is at stake) one could say that the performance is “used” for the video. The montage, that is often realised by Julien Devaux, is a central aspect of Alÿs’ works, and exhibits a specific cinematic quality.

We become attentive to this aspect not only through the orgiastic video experience of the second floor of the MCBA but also for the “children journey” on the first floor. Here, the several exhibited works complete the mosaic around Alÿs’ masterpiece Reel-Unreel (2011), which has a predominant role in the economy of the entire exhibition. In this work, a true cinematic dramaturgy supports the performance of Kabul children unrolling and rolling a film reel. The edited travelling brings out the suspense of a common game (normally done with tyres), and at the same time follows the unfolding of the film throughout the landscape. The literal and symbolic layers coalesce in a film that is both fact and fiction. The film is not only the instrument that makes the walking visible, it is the walking actor itself. «As long as the film walks» – we could say for this film.

For all of Alÿs’ videos, where Francis Alÿs walks himself, we should make the verb “to walk” transitive, and coin the expression “to walk a film”. In paying homage to Alÿs’ collaboration with Julien Devaux, my third perspective on the Lausanne exhibition will take the form of the sentence «As Long as I’m Walking the Film».

More Info on the Exhibition 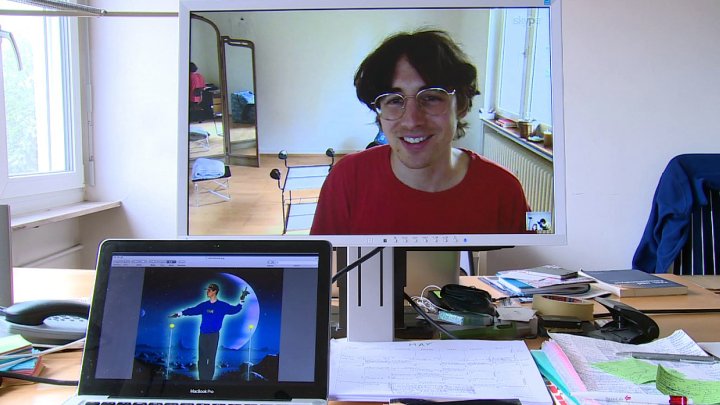 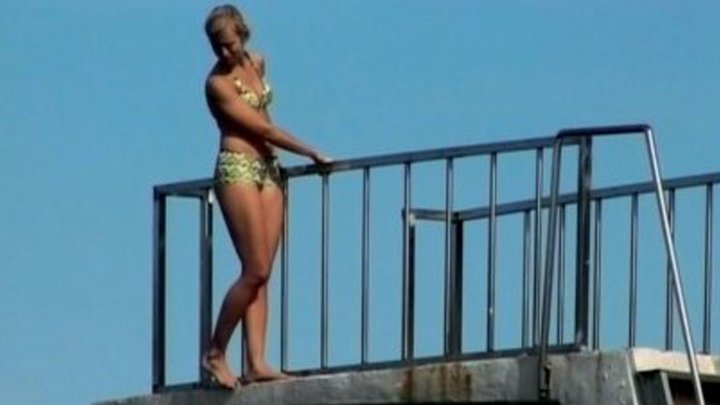 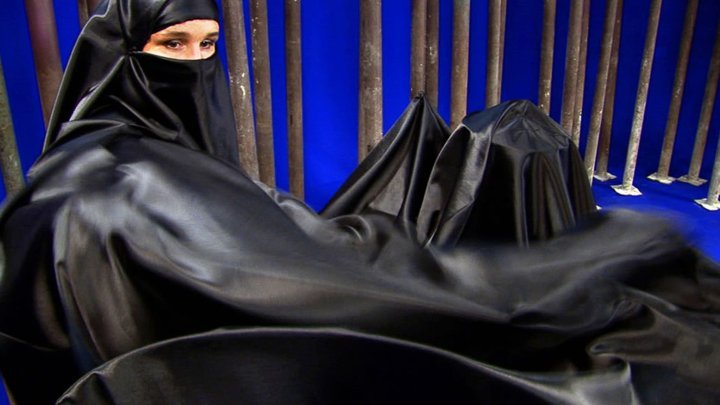